Mr. Matuszak grew up in the Archdiocese of New York and began his teaching career in Catholic schools
in New York City in 1984. As a young man, discerning his vocation, he joined the Pecos Benedictine
Monastery in New Mexico where he spent two years as a Postulant and Novice. When it became clear
to him that God was calling him to marriage he moved to Dallas and resumed teaching in Catholic
Schools. He enrolled for his Master’s degree in Theology at the University of Dallas and after graduating
began collaborating with the Carmelite friars to develop an Ecumenical Institute for the Study of
Christian Spirituality. He and Kathy Matuszak married in 1989 and were blessed with two beautiful
daughters, Rose and Grace. Steve served as a Director of Faith Formation in several parishes in north
Texas from 1989 to 1995, and 1997 to 2001. In 1995 he received the Michael J. McGivney Scholarship
from the Knights of Columbus to study at the John Paul II Institute at the Catholic University of America.
Soon after completion of his S.T.L. in 2000 he began teaching at the College of Saint Thomas More in
Fort Worth, TX and the Institute of Pastoral Theology of Ave Maria University. Returning to the JPII
Institute for doctoral studies, Steve wrote his doctoral dissertation on the Christocentricity of the Virtues
in the writings of Saint Bonaventure, the 13th century Franciscan Doctor of the Church. In 2011 he and
his family moved to southwest Florida where he taught and where his daughters attended Ave Maria
University. He later taught seminarians at St. Vincent de Paul Regional Seminary in Boynton Beach and
helped develop on-line certification courses for Catholic school teachers in the Archdiocese of Miami.
He came to Arizona in 2016 to be with his widowed father in Scottsdale. During the past three years
that he has lived in Scottsdale he taught at Notre Dame Prep in Scottsdale. He is very happy to now be
living in the Prescott area, and to be teaching Math and Religion to Middle School students at Sacred
Heart School! In his free time Steve enjoys biking, skiing, hiking and playing golf. 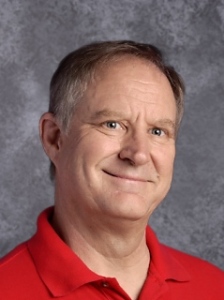